Hyundai Motorsport’s first car designed specifically for circuit racing will enter at least two events this year, with intentions to run the i30 N TCR at both the remaining rounds of this year’s TCR International Series.

A pair of i30 N TCR are planned to contest the final weekends of the championship’s season,  beginning at the Zhejiang Circuit in China (October 7-8). The entries for the events will be run by the BRC Racing team that has worked alongside Hyundai Motorsport’s engineers and mechanics throughout the testing of the car.

The race weekends will be an important opportunity to show the capabilities of the i30 N TCR against its rivals as customers plan their 2018 campaigns. However, though the team will be competing on track with the TCR International Series regulars, the events will also allow the team to continue to develop the i30 N TCR. The engineers will be able to see how the car reacts in race conditions, with the track changing during the weekend, as well as running in the tight packs that are a hallmark of all the TCR championships. 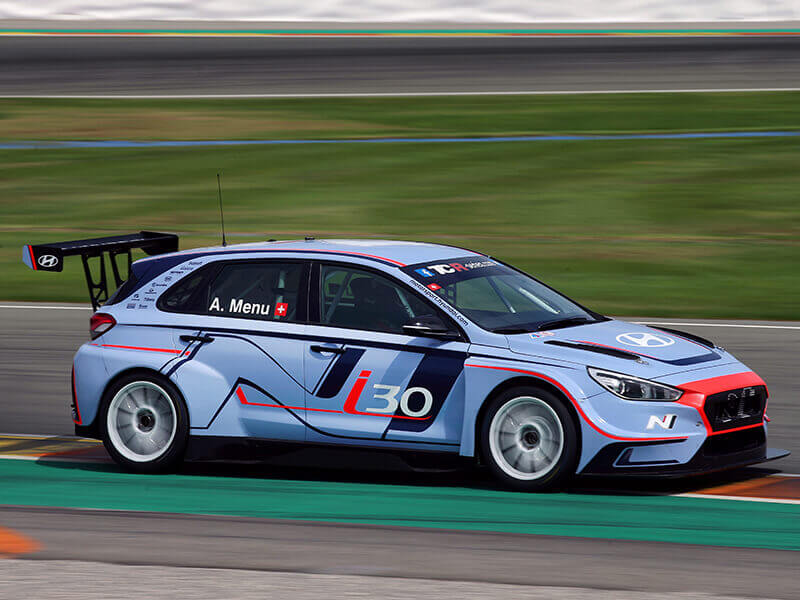 Gabriele Tarquini, who has served as the lead test driver for the project, will continue his work at the wheel of the i30 N TCR as one of the drivers for both of the TCR International Series events. During his more than two decades’ experience as a Touring Car driver with manufacturer teams, the Italian has been responsible for many championship winning front-wheel drive chassis. Tarquini himself has won titles in the British, European and World Touring Car Championships during his career.

Throughout the testing phase the Italian’s expertise has proved invaluable in helping the team develop the i30 N TCR. With the confirmation that he will drive the i30 N TCR under competitive conditions this year he will now be able to use the experience he has of driving the car throughout testing during the race weekends.

The second i30 N TCR for both International Series events will be driven by Alain Menu. The Swiss made his Touring Car debut in 1992, starting a 20-year career as a works team driver, which included winning the British Touring Car Championship with two different manufacturers. He brings further experience in front-wheel drive racing to the team, adding to considerable expertise of his new teammate.

The additional input from a second, very experienced driver, will help the team continue to improve the set-up of the car through the final part of the year as Hyundai Motorsport’s attention turns to delivering completed chassis to customers, starting in early December. 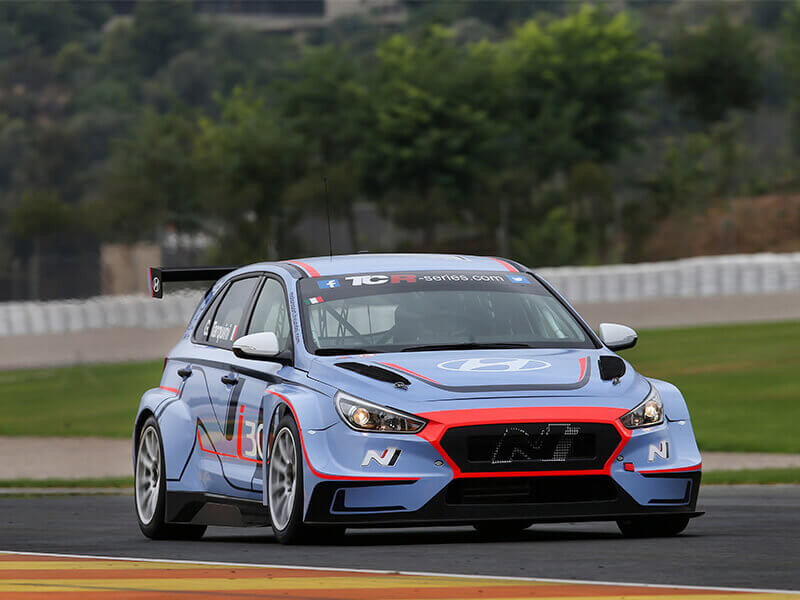 Both drivers completed a two-day test last week at the Circuit de Valencia, conducting final preparations on the new chassis they will drive in China. Both i30 N TCR at the test appeared as they will at International Series events, with final specification bodywork and the race colour scheme. The design was first seen in public at the ADAC TCR Germany weekend at the Nürburgring where the i30 N TCR went on display. The livery brings together the N logo and Hyundai Motorsport’s traditional colours. The ‘Performance Blue’ that forms the base of the livery is, itself, part of the identity of the N line-up, with the same shade available on the i30 N, paying tribute to the liveries of Hyundai Motorsport’s WRC cars.

Both the i30 N TCR and i30 N are based on the New Generation i30. Designed to be equally at home on the road and the track the i30 N underwent a significant amount of its testing at the Hyundai Test Centre at the Nürburgring. The N name carried by both the road and TCR design is partly inspired by the track, together with Namyang in Korea, home to Hyundai’s global R&D Centre. The N logo represents a chicane, challenging for both the race drivers of the i30 N TCR, and those at the wheel of the i30 N.

Hyundai Motorsport Team Principal Michel Nandan said: “As our first car designed specifically for circuit racing the i30 N TCR is a milestone for Hyundai Motorsport. Despite that challenge the Customer Racing department has produced a strong package for the regulations, which will only improve further with the development work continuing through the races this year. The debut in the TCR International Series is a big moment for the project. Coming in China, alongside the TCR Asia Series, the weekend is the ideal event to show the potential of the i30 N TCR to teams and drivers. The look of the cars ties the i30 N TCR very closely to the N line-up of road models, so a strong performance would promote both the racecar and the standard models.”

Hyundai Motorsport Customer Racing Manager Andrea Adamo said: “Bringing the i30 N TCR to the TCR International Series for the final events of this season is, obviously, a very important moment for all of Hyundai Motorsport Customer Racing. The weekend in China comes at a crucial time of the year, as teams and drivers are now planning their campaigns for the 2018 season. To be able to show the performance of the i30 N TCR at the highest level is a big opportunity for us. However, the races also give us the chance to continue our development work. Not only does the addition of Alain Menu to the team double the feedback to our engineers, but the ability to learn how the car handles the close racing will help us deliver the best possible package for all drivers.”