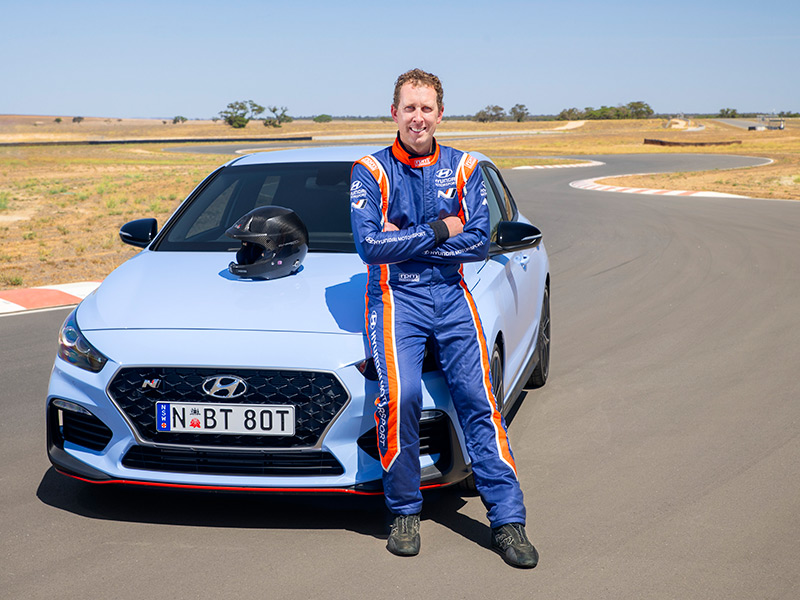 Hyundai will contest the 2019 Targa Tasmania with an i30 N hatchback driven by Australian international rally driver Brendan Reeves.

Brendan Reeves, a Hyundai WRC and factory development driver, has a strong connection with both the i30 N and Targa Tasmania, and once again teams with his sister Rhianon Gelsomino as co-driver for the event.

Reeves provided invaluable driver feedback to Hyundai engineers during local development of the production chassis and suspension calibration leading up to the i30 N’s acclaimed arrival in 2018.

Having made his Targa Tasmania debut a decade ago, the 30-year-old arrives at Targa 2019 with a best result of fourth outright in 2011 as well as a convincing Targa Showroom class victory the same year.

Reeves’ most recent rallying commitments included events in both the Victorian and New Zealand Rally Championships.

An i30 N entry in four rounds of the summertime Whiteline Tarmac Rally Sprint Series, set to conclude in March, has proved to be a valuable testing ground in the lead up to Targa.

“We’ve been testing different setups and tyre compounds with the aim of tackling Targa this year,” Reeves said. “The whole time we’ve been competing in the Tarmac Rally Sprint Series all we’ve been thinking about is Targa, and how we can best develop the car.

“I’m really excited about Targa because I’ve been working with Hyundai for over two years helping develop the i30 N as a road car, and now I get to race it in arguably the best tarmac rally in the world.

“I was excited about this car right from the start because it’s a hot-hatch and that’s what I’ve grown up rallying; it’s what I’m used to driving,” Reeves added.

“The i30 N, with its driver-adjustable suspension, will help us to adapt the car to the changeable weather conditions which are one of the big challenges of Targa.

“It’s part of the plan to use the standard suspension so when it’s wet we can soften the car with the N custom mode, or when it’s dry we can stiffen the suspension up, just by touching a button.

“We’ll be in the GT2 class, which is effectively the outright class, so we’ll definitely be batting above our weight. We’re aiming for a top 10 result, and if we can get into the top five by the end of the weeklong event that would be awesome.

“You’re racing against supercars, so it’s always a challenge, but if we can stay in there for the long haul and get to the finish, we should get a really good result,” Reeves said.

Caltex is the first sponsor onboard to support the factory Hyundai effort providing Vortex fuel and Havoline lubricants for Reeves’s i30 N tarmac rally car.

A trio of newly launched i30 Fastback N media cars will be entered in the non-competitive Targa Tour class for the Australian motoring press.

“We are excited at the potential for a strong result in the grueling Targa Tasmania event, and to prove the performance and durability of the i30 N amidst fierce competition.”