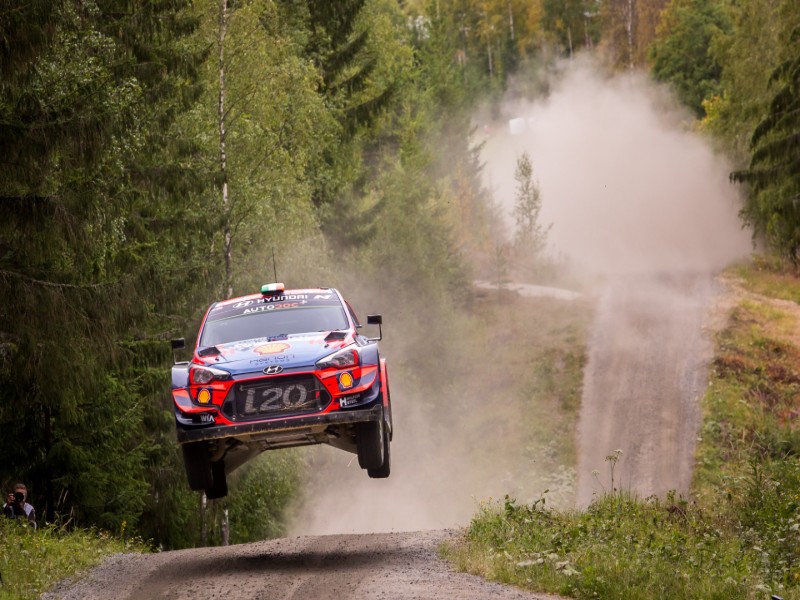 5 August 2019 - Hyundai Motorsport has emerged from a closely fought Rally Finland with valuable points for the 2019 FIA World Rally Championship (WRC), as the team retains a 24-point lead in the manufacturers’ table after nine of 14 rounds.

It was a fascinating fight to the finish in Finland as crews put on a sensational display of world class rallying for the cheering crowds, with high-octane stages and heart stopping jumps that epitomise Rally Finland.

Sunday’s itinerary included two stages; Laukaa (11.75km) and Ruuhimäki (11.12km). Each was run twice with the second run through Ruuhimäki acting as the Power Stage. Despite covering a total distance of just 45.74km, in a rally where every tenth-of-a-second counts, there was no let-up for the crews as they fought hard for their respective positions.

Andreas Mikkelsen had been embroiled in a tug-of-war battle with Sébastien Ogier for fourth place, the two drivers having swapped positions regularly throughout Saturday. On the final morning, it was the Norwegian who took the upper hand, cementing his advantage with a stage win on SS22 (Laukaa), his third fastest time of the weekend, and a strong run to third in the Power Stage.

Thierry Neuville, recovering from a tough start to the rally, took sixth place, benefitting from the support of his teammate Craig Breen, who ended his debut with Hyundai Motorsport in seventh place after an impressive performance all weekend. The Belgian finished second in the Power Stage to secure four points for the drivers’ championship, in which he lies third – three points behind Ogier.

In total, Hyundai Motorsport claimed five stage wins over the weekend, more than it ever has at Rally Finland, and demonstrated a notable performance improvement compared to previous visits. With two cars finishing in the top-six, the team holds onto its lead in the manufacturers’ championship with a 24-point lead over its nearest rivals and five rallies remaining on the calendar. 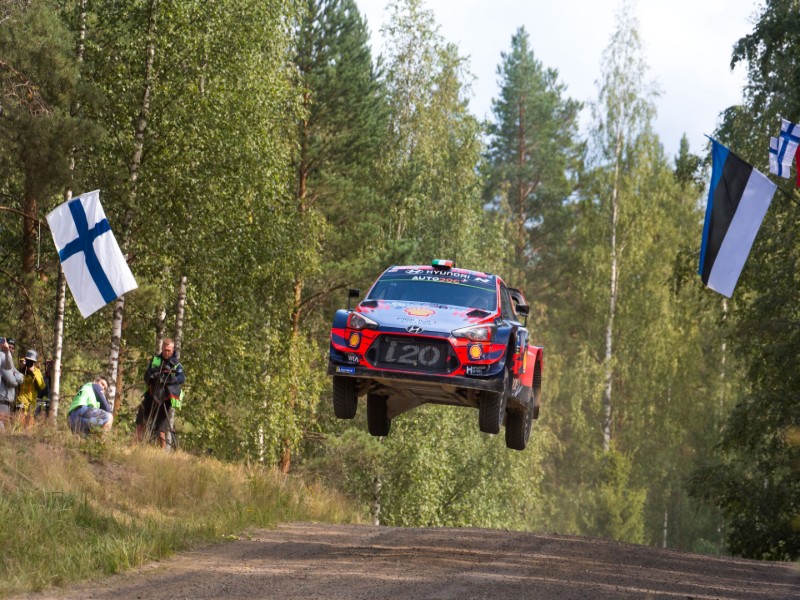 
Mikkelsen said: “Fourth place, even if it wasn’t quite a podium, means a huge amount to me. We have been involved in an incredibly close battle with Sébastien for much of the rally, and it has really come down every tenth of a second, fighting right to the very end. Thankfully, we had the speed and performance in the car, and the confidence in ourselves, to get the job done. It’s been a tough rally in the past, so it’s fantastic to have cracked the code this weekend. I have had a good feeling with the car all weekend and we’ve been able to set some competitive times. This is thanks to the efforts of the whole Hyundai Motorsport team over many months. We had some upgrades on the car for this rally, including some specifically to help my driving, which have worked wonders. I feel like my old self again!”

Crew Notes: Thierry Neuville/Nicolas Gilsoul (#11 Hyundai i20 Coupe WRC)
Neuville said: “We gave it everything we had this weekend and it is important to focus on the positives. We were able to take away from really important points for both championships, including four from the Power Stage. We could not have done more. The car has shown an improvement in these fast gravel conditions, which is encouraging. We didn’t have the best of tests ahead of this rally, and I struggled to find the right feeling on Friday, which really dictated our weekend. We keep our heads high and look forward to the next one.”

Crew Notes: Craig Breen/Paul Nagle (#42 Hyundai i20 Coupe WRC)
Breen said: “This has been an amazing rally, I have to say. To have the opportunity to return to this level of rallying has been very special and I am incredibly grateful to everyone who has made it possible. I have enjoyed myself immensely as part of the Hyundai Motorsport team, and I was immediately comfortable in the car. We knew the job we had to do this weekend, and I think we’ve achieved that; it’s been a privilege to play our part in the team’s championship efforts.” 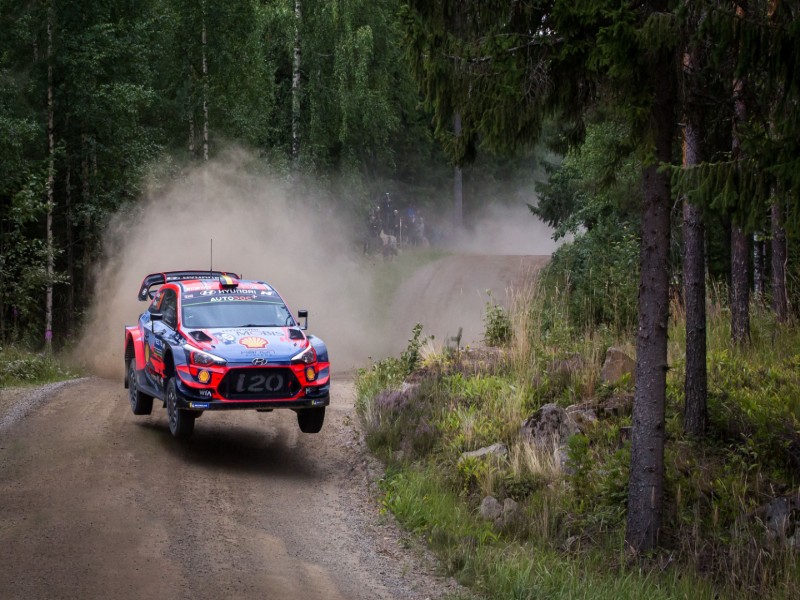 Team Director Andrea Adamo: “I have been very impressed by the pace, performance and attitude from all three of our crews in Finland. Without wanting to sound like a stuck record, I really wish we had been able to give them a better car this weekend. Having said that, compared to our previous results in this rally, we have seen a significant improvement. We weren’t scared to come here; instead we have worked incredibly hard to make our car more suited to the demands of this rally. These results are not only thanks to the efforts of our crews but also to everyone at HMSG. I know what I have been asking of them with many sleepless nights to get us ready for Finland. It might not yet be a victory but it is a clear sign that when you work hard you get results.” 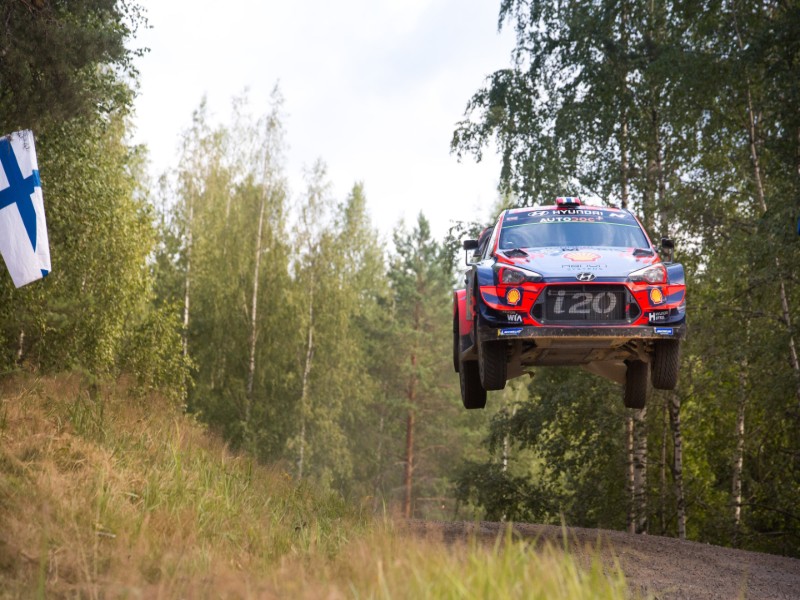 2019 FIA World Rally Championship for Manufacturers’ Standings (after round 9)

2019 FIA World Rally Championship for Drivers’ Standings (after round 9)