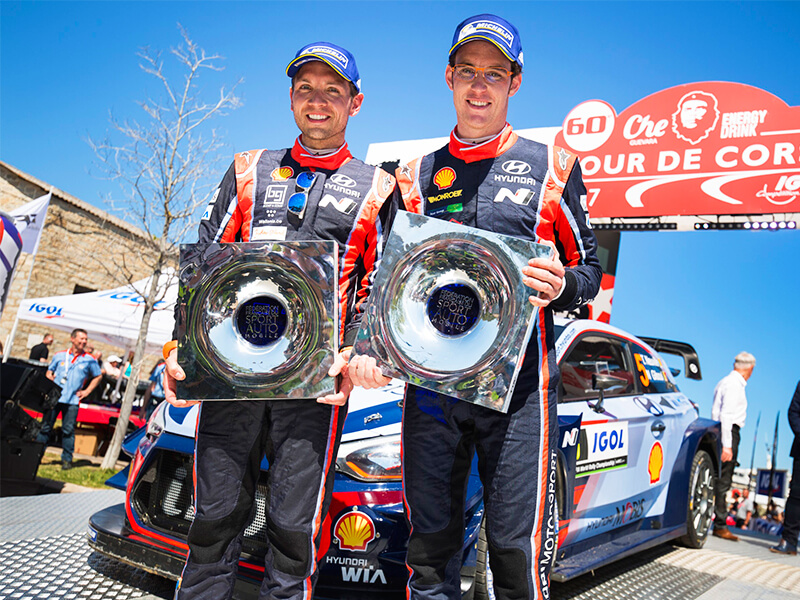 Hyundai Motorsport has registered its maiden victory of the 2017 FIA World Rally Championship (WRC) with Thierry Neuville securing victory in Tour de Corse in the #5 Hyundai i20 Coupe WRC.

Dani Sordo made it a rally to celebrate for the team, picking up his first podium of 2017 with an assured drive to third place, missing out on second position by just 1.3-seconds. The result represents the fourth WRC victory in total for Hyundai Motorsport, and the team’s fifth double podium result.

Climbing to the top
Starting Sunday morning with a seemingly comfortable lead of 39-seconds, Neuville and co-driver Nicolas Gilsoul set about securing their advantage over second-placed Sébastien Ogier.

Tackling the monster 53.78km Antisanti-Poggio di Nazza, the longest stage of the rally on the narrow and winding mountainside roads, the Belgians claimed their fourth stage win of the weekend.

As Ogier hit trouble in SS9, Sordo and co-driver Marc Martí took second in stage and moved up behind their team-mates on the overall classification. Just 2.5s separated the Spaniards from the third placed M-Sport crew heading into the Power Stage. In a thrilling finale, it was Ogier who reclaimed second, leaving the Spanish crew to be content with third.

With four different winners in the opening four rounds of the 2017 WRC season, the Championship fight is well and truly open. With its 1-3 in Corsica, Hyundai Motorsport has moved up to second in the Manufacturers’ standings, closing the gap to the leaders to 24 points. Neuville moves up into third on the Drivers’ classification with 26 points scored this weekend. 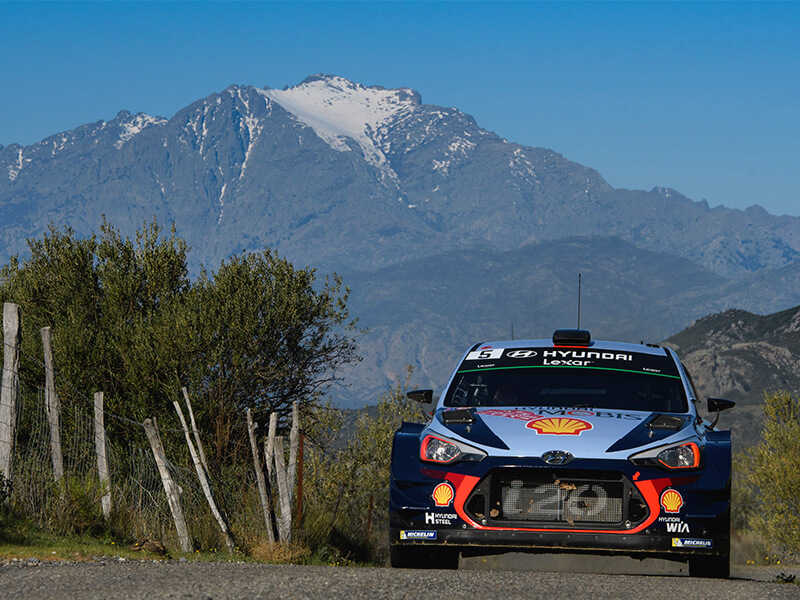 Crew Notes: Neuville/Gilsoul (#5 Hyundai i20 Coupe WRC)
Having shown their rally-winning potential in Monte-Carlo and Sweden, Neuville and Gilsoul finally took victory honours in Corsica. It put to rest the disappointment from those two opening rounds of the season, and reaffirmed the Belgian crew as ones to watch in 2017.
Neuville commented: “It’s an amazing feeling to take the win here in Corsica this weekend. I am sure there are many people who share in this celebration with us, not least the whole of the Hyundai Motorsport team. They have been so supportive of me since Monte Carlo and Sweden, and I’m really happy. This win is ours! It was a tough start to the rally with some struggles on Friday, but we worked through that methodically to return stronger. With Dani finishing third, we’ve picked up a healthy score of points which helps to get us back firmly into the title fight. An incredible weekend for us.”
Crew Notes: Sordo/Martí (#6 Hyundai i20 Coupe WRC)
Sordo and Martí scored their first podium of the season with a spirited drive to third place, after struggling at times during the weekend. The result is their fifth career WRC podium with Hyundai Motorsport after Germany 2014/2016 and Spain 2015/2016.
Sordo said: “We knew it would be hard to hold onto second place after we inherited it from Sébastien in the first stage this morning. We pushed as hard as we could and I am still very happy we have finished on the podium this weekend. It has been a strange event and almost a lottery at times with our feeling in the car not matching the times set on the stages. Our target for today was to defend our third place, which we did, so from that point of view it is mission accomplished. This is a great result for the team, and we can now try to build on that in the next gravel rounds.”
Crew Notes: Paddon/Kennard (#4 Hyundai i20 Coupe WRC)
Tour de Corse has not been an easy weekend for Paddon and co-driver John Kennard, as the Kiwi duo struggled for consistent pace over the ten stages. Despite making headway in their performance on Corsican tarmac compared to last year’s round, the crew had to settle for sixth place.
Paddon said: “Our focus on the final morning was simply on bringing the car home and scoring a few more points. It’s been a learning weekend for us, but we have to find the positives. Even if the end result doesn’t show it, we have been competing closer to the front this weekend and shown an improvement from last year’s Tour de Corse. There’s obviously still plenty to learn but we’re making progress. We must now look ahead to the next rally, the start of a run of five on gravel. We should have a good road position for Argentina so I’m looking to feature more prominently in the next events. Congratulations to Thierry and Nicolas – and everyone back at Alzenau – for the victory. 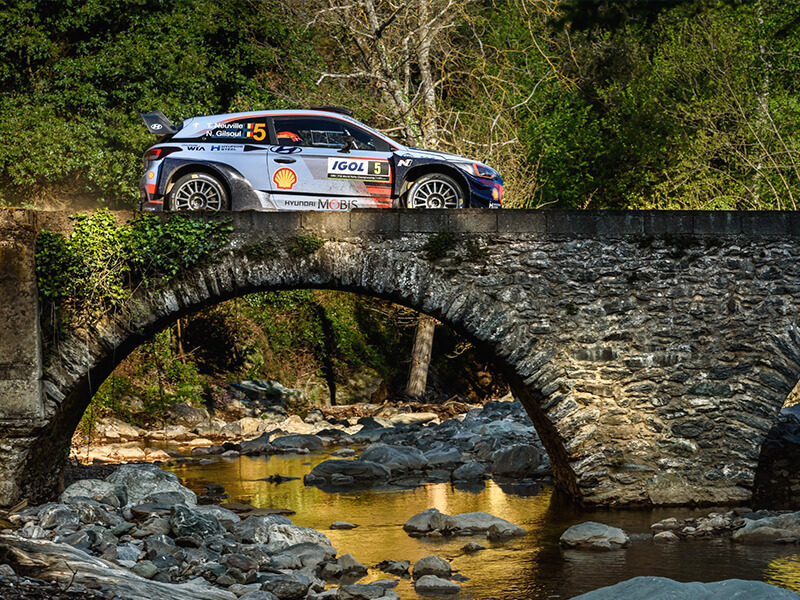 All good things…
For Hyundai Motorsport, today’s result has been a long time coming after the competitive performances shown by the team’s Hyundai i20 Coupe WRC cars so far this season. The team now has 24 stage wins so far in 2017 and becomes the fourth different manufacturer to be victorious in as many events.
Team Principal Michel Nandan commented: “They say that all good things come to those who wait, and that phrase could not be more-true for us. This result is fantastic and I’m overjoyed that we finally have a result we’ve been working so hard to achieve this season. I hope it’s the first of many, many more to come this year. Thierry and Nicolas have had a great weekend, showing their resilience after a tricky start on Friday. Scoring four stage wins and demonstrating their resolve while others hit trouble allowed them to really hit their stride. They thoroughly deserve this and makes up for the misfortune in Monte-Carlo and Sweden. It’s also great to see Dani and Marc back on the podium for the first time this season. This year’s WRC is proving to be exceptionally close among the manufacturers, so we can’t rest. We move to Argentina – which has happy memories from Hayden and John’s win last year – and will aim to continue in this direction. For now, we will savour this important result."
Next rally
The 2017 FIA World Rally Championship will head back overseas later this month for round 5, Rally Argentina, where the Hyundai Motorsport team was triumphant twelve months ago. The 18-stage gravel rally will take place from 27-30 April.