Hyundai Motorsport has secured a podium finish in Croatia Rally, the third round of the FIA World Rally Championship (WRC), after a close battle for victory honours on the final day.

Belgian crew Thierry Neuville and Martijn Wydaeghe closed the gap to the lead on Sunday’s four stages but it wasn’t enough to secure their first victory of the season. Instead, they had to settle for a third consecutive podium to match their third places from Rallye Monte-Carlo and Arctic Rally Finland - an impressive hattrick for the brand-new partnership.

Ott Tänak and Martin Järveoja cemented their fourth place with another trouble-free day in the Hyundai i20 Coupe WRC. Meanwhile, Craig Breen and Paul Nagle ended their second rally of the season in eighth. 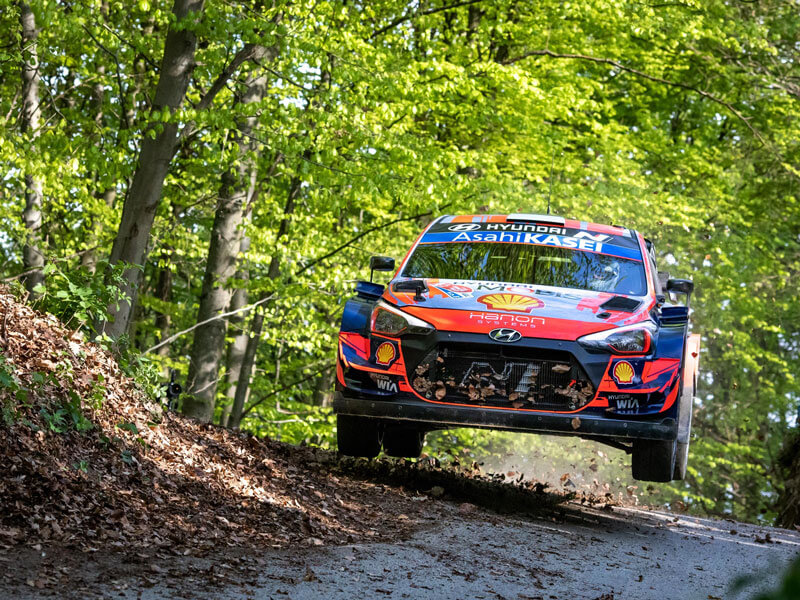 It was far from a simple Sunday drive for the crews with almost 80km of tarmac roads to contest, including two runs through the 25.20km Bliznec-Pila test, the longest individual stage of the rally. The 14.09km Zagorska Sela-Kumrovec also offered a stern challenge, with the second pass acting as the rally-concluding Power Stage.

The battle for victory went right down to the Power Stage with Neuville doing all he could to reduce the gap to the leading duo. Unfortunately, despite racking up six stage wins across the three-day event, it wasn’t enough to overturn the time deficit caused predominately by an incorrect tyre choice on Saturday morning’s loop. 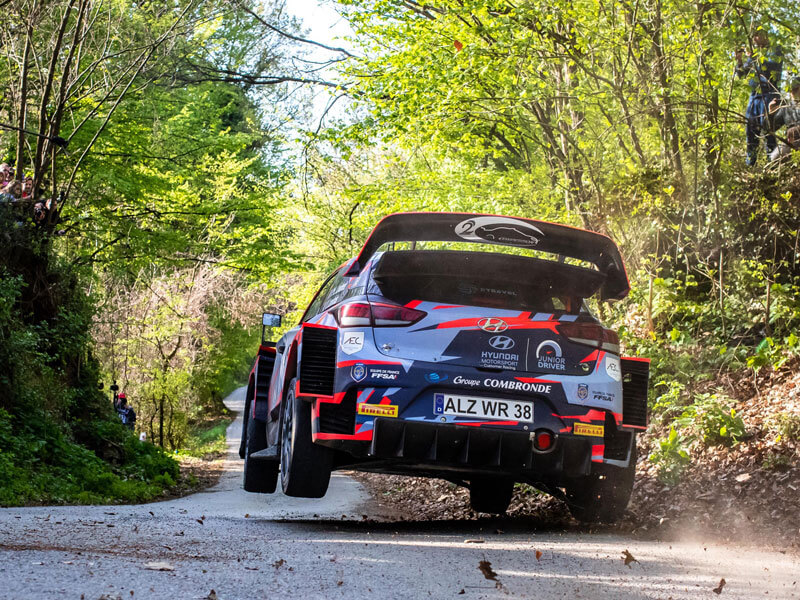 A dramatic finale saw the leading contenders all pushing to the limit in a bid for glory. Breen added four extra points to his tally with the second fastest Power Stage time, while Neuville took third after overshooting a junction towards stage end. Tänak ensured all three Hyundai i20 Coupe WRC crews took away extra points.

The Croatia Rally result sees Neuville move up to second place in the drivers’ championship on 53 points, eight behind Sébastien Ogier. Hyundai Motorsport holds second in the manufacturers’ table with 111 points, 27 off the lead after the first three events of the season. 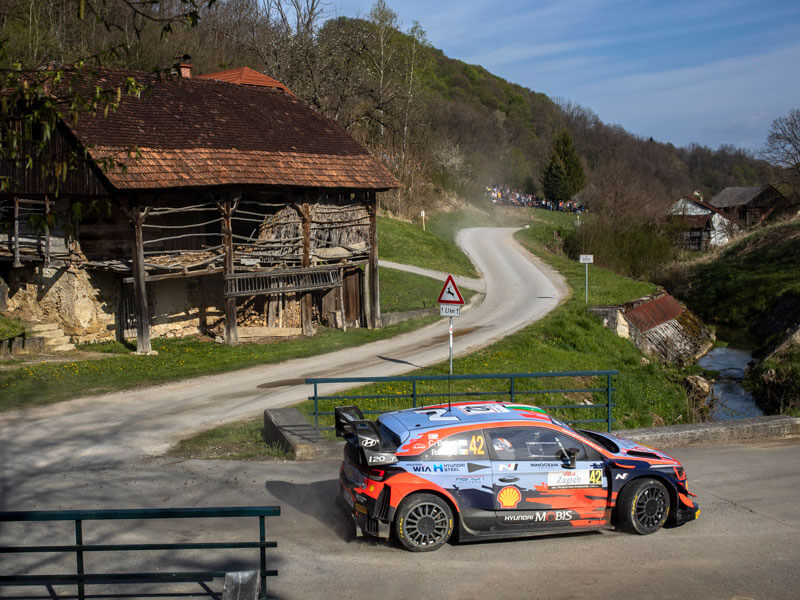 Neuville said: “We have tried our absolute best all weekend, pushing hard and on the limit of the car’s performance. Right up until the Power Stage, we never gave up in what was a very close battle for the victory. Unfortunately, I overshot a junction in the stage which lost us at least three seconds, but even without that it would not have been quite enough. The pace between the frontrunners has been so incredibly close. But we gave it everything we had, and I’ve had a good feeling with our car on these tricky tarmac stages. We enjoyed the rally and Martijn did a great job; it’s not been easy for the co-drivers this weekend, so we have to take some positives away.” 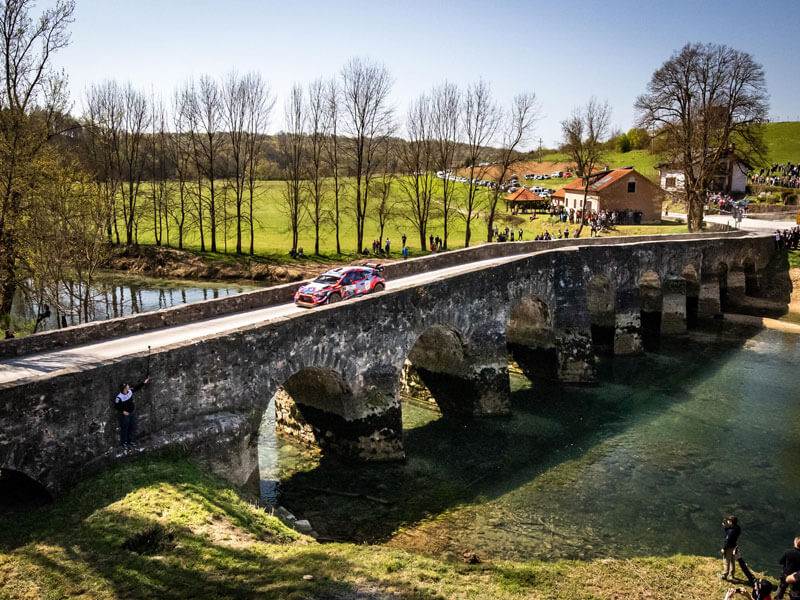 Tänak said: “This has not been the level of performance that we would have expected or hoped for coming to this rally. I enjoy tarmac rallies but throughout the weekend it has been far out of my comfort zone. It’s just not felt natural, and we’ve lacked the performance edge we needed. It is clear that there is a job for me to do, but we can take some consolation from the job that Thierry has done this weekend.” 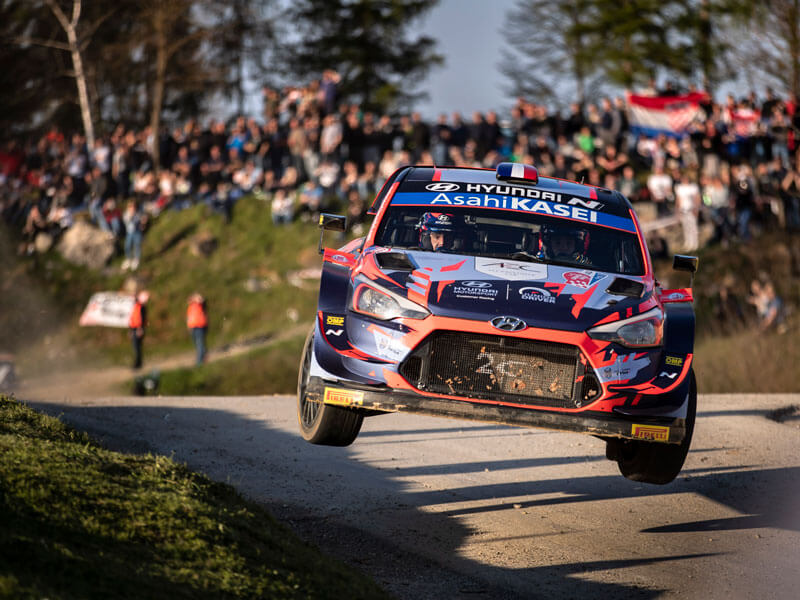 Breen said: “It has been a disappointing weekend overall. It was pretty much game over after our puncture on Saturday morning, just 100 metres into the first stage. It’s difficult to go 150% on these tricky stages. We have worked hard to make it feel like home inside the car, but it just hasn’t been the case. At times, it has felt nice, and we’ve been able to give it a push, like in the Power Stage, but globally we needed more. Having said that, I have enjoyed the rally, I’ve learned a lot and definitely have a lot of food for thought.”


Team Principal Andrea Adamo said: “I think without the mistake with tyre selection on Saturday, seeing how fast Thierry has been throughout the weekend, he could have been even closer to the front and could maybe even have taken the victory. Looking at the positives, the team has worked very hard, and I am happy because the car has shown itself to be competitive. Maybe we need to improve our management of the strategy because it will remain a close fight for the rest of the season and any small mistake will be magnified and punished much harder.”

2021 FIA World Rally Championship for Manufacturers’ Standings (after round 3).

2021 FIA World Rally Championship for Drivers’ Standings (after round 3). 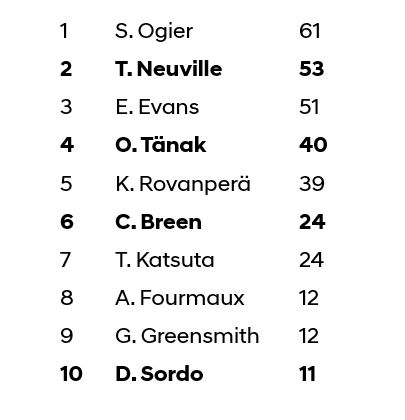