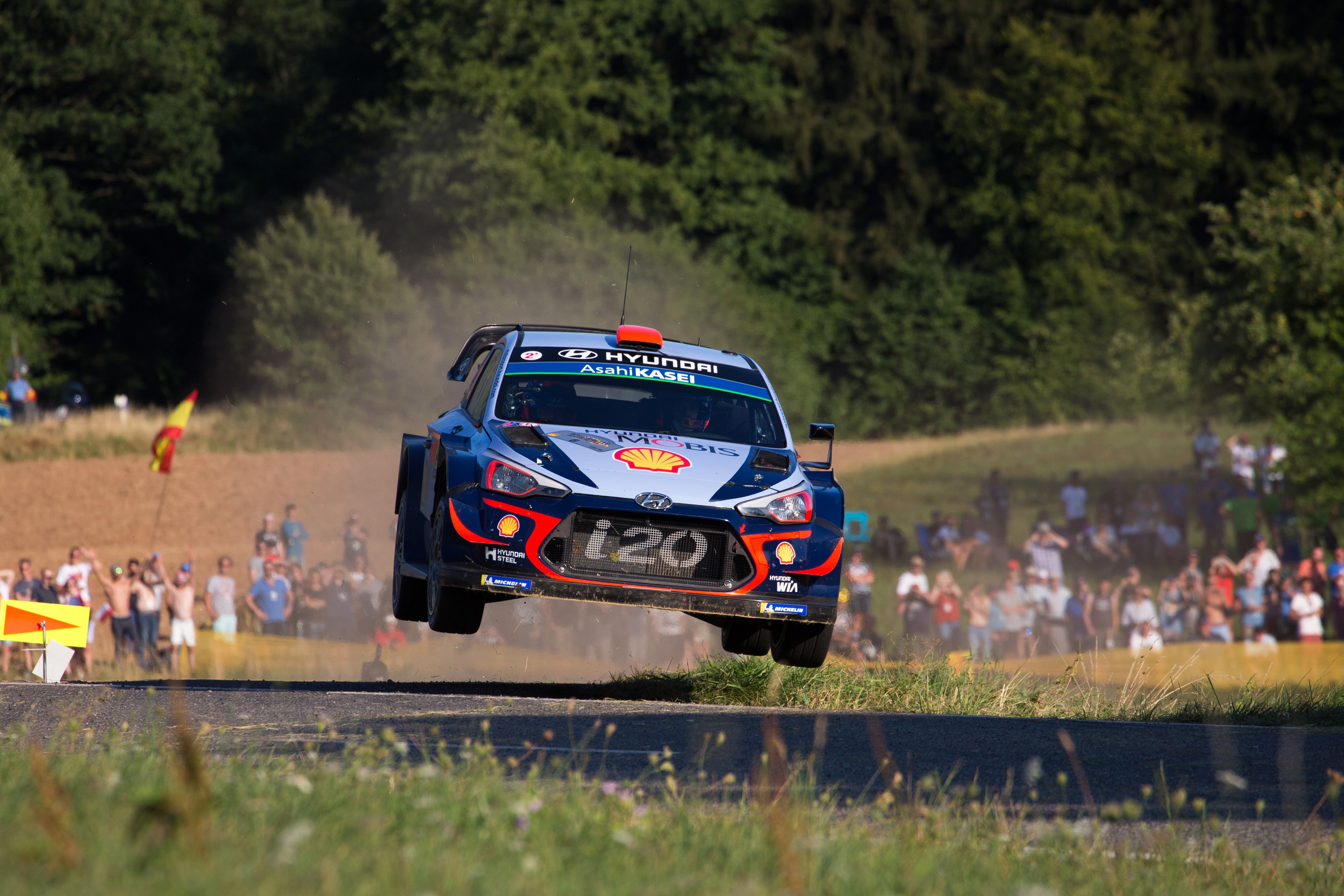 Hyundai Motorsport returns home for Rallye Deutschland, round ten of the 2019 FIA World Rally Championship (WRC) season, aiming for a strong result from all three of its crews at the second proper tarmac rally of the year.

Rally Finland marked one of the toughest challenges of the season for Hyundai Motorsport, however the team enjoyed a satisfying outing at the Jyväskylä-based event to retain its lead of the manufacturers’ championship with five events of the season remaining.

Rallye Deutschland sees a return to tarmac competition for the first time since Tour de Corse at the end of March, an event from which Hyundai Motorsport emerged victorious. The German round comprises twisty vineyard tracks in the Mosel, smooth Saarland countryside, and multi-surface military roads. The infamous roadside Hinkelsteins can be tricky to avoid, especially when unpredictable weather is added into the mix.

Hyundai Motorsport will field a three-crew line-up for Germany. Dani Sordo/Carlos del Barrio return to the helm of the Hyundai i20 Coupe WRC for the first time since taking victory at Rally Italia Sardegna in June, alongside Thierry Neuville/Nicolas Gilsoul and Andreas Mikkelsen/Anders Jæger-Amland.

The trio have all tested the car on tarmac ahead of Rallye Deutschland as the team prepares to continue its momentum in the manufacturers’ championship battle in the final events of the season.

Team Director Andrea Adamo said: “We are excited to compete in our home event and build on our recent good form. Dani returns for his first event since his win in Sardinia, and he has always been on the pace at Rallye Deutschland in the past. Andreas is coming off the back of two very positive gravel events and we hope he will tackle tarmac with that same energy. We took victory in the first tarmac rally of the year on Corsica, and we have been working hard to be able to challenge for the win again in Germany.” 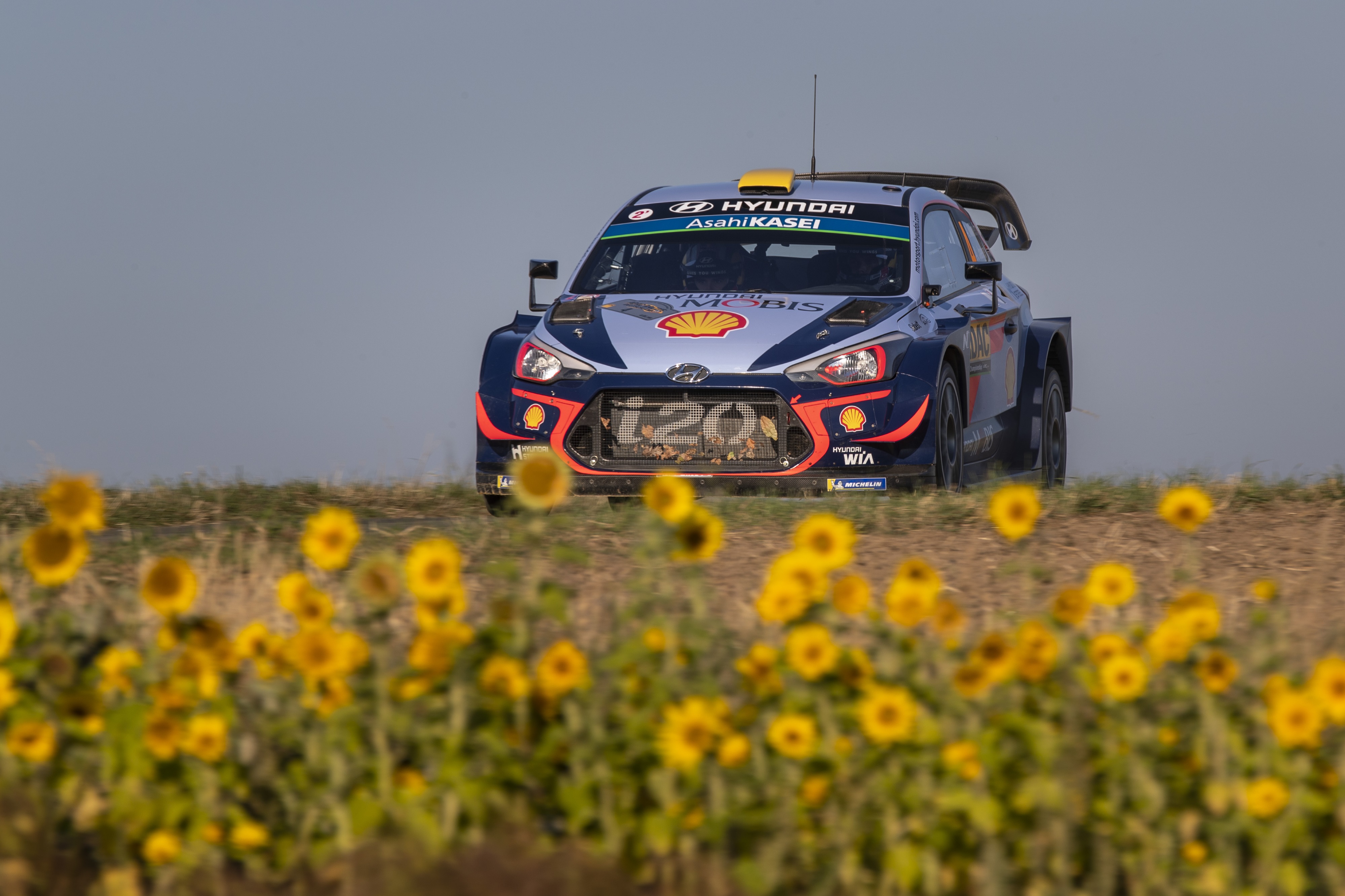 
Neuville said: “Germany is a very challenging event due to the fact that you have three different days with very different characteristics. You have the vineyards, the Saarland stages and the famous Baumholder stages. In addition to that, the weather plays a key role in the result of the rally and the past editions have always been surprisingly wet. That makes it hard to choose the right tyres. We will be pushing to fight at the front and challenge for victory.” 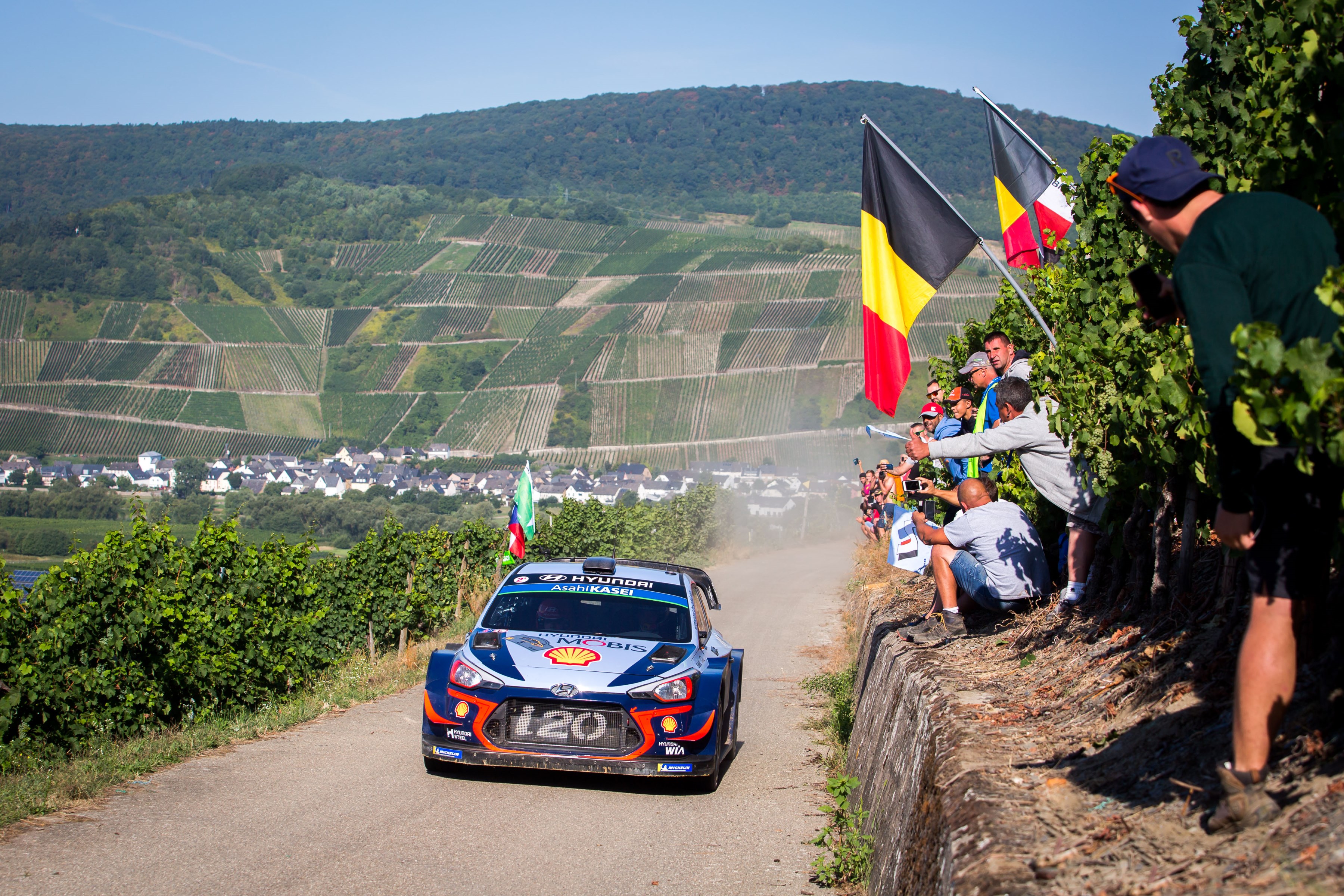 
Mikkelsen said: “Rallye Deutschland is a beautiful rally, and it will represent our first time on tarmac for quite a while. The rally contains three contrasting days. The Mosel valley and the vineyards are very tricky stages, and then we have the military area, which needs a completely different type of driving before the countryside stages. All are very different, but enjoyable. It’s important to find consistency and score as many points as possible to help the team maintain the lead of the championship.” 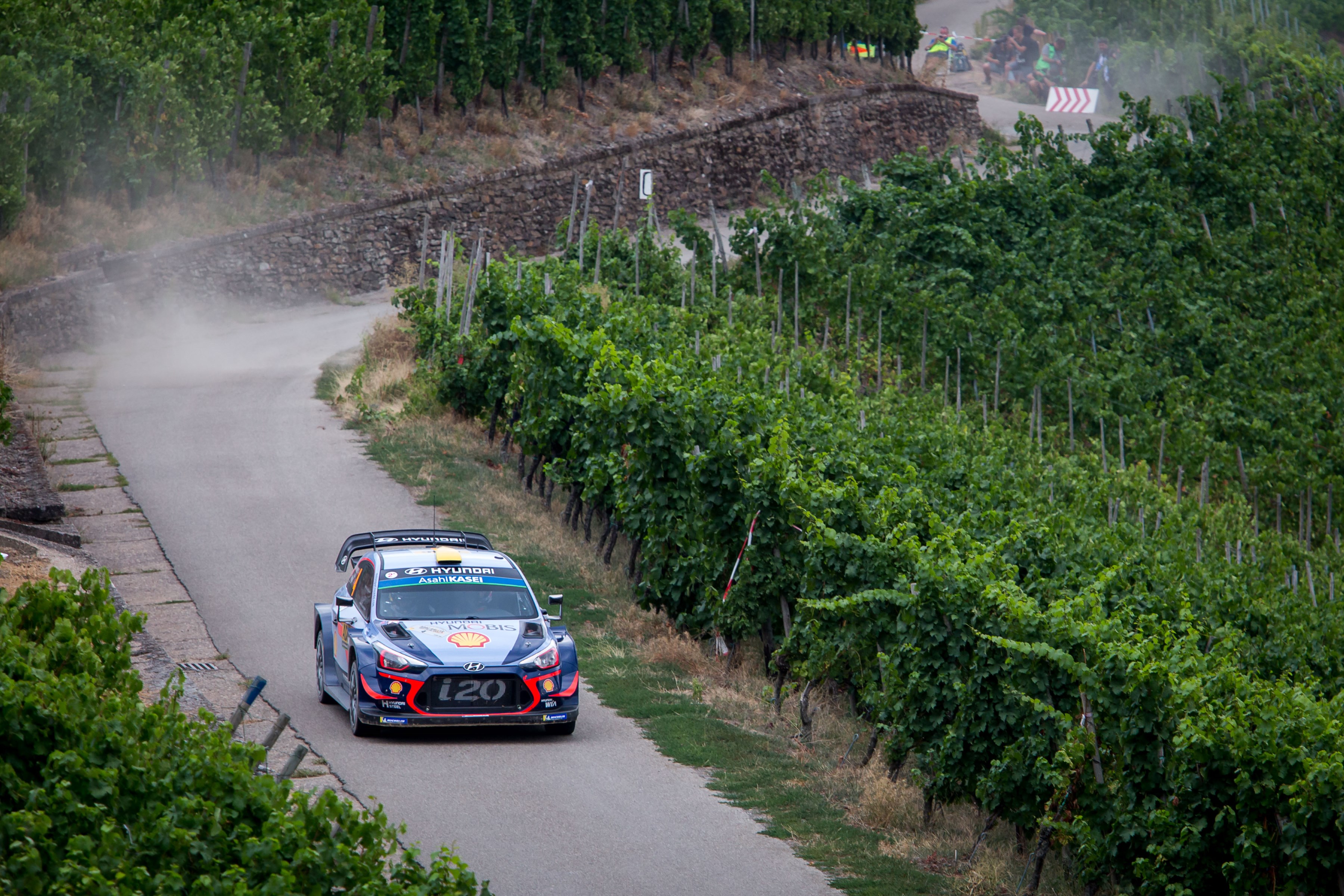 
Sordo said: “Germany is always a nice rally and really special because of the different road profiles. The Baumholder stages in particular are famous for their concrete roads that can wear the tyres, as well as the Hinkelsteins and hairpin turns. I have won here in the past and been on the podium many times. Normally I am on the pace every year, so I hope this year will be the same.”

Weekend at a glance