Hyundai Motorsport will be aiming to get its sixth season in the FIA World Rally Championship (WRC) off to a positive start when the championship gets underway at Rallye Monte-Carlo this week.

One of the most iconic and demanding events on the calendar, this year’s Monte will feature a fresh route with up to 40% of the stages remodeled compared to 2018. Yet, the unique challenges of the rally will remain with late evening stages, unpredictable icy and snowy conditions and complex tyre strategies all combining to offer a punishing start to the new season.

Hyundai Motorsport’s crews are well versed in the demands of the classic rally. Thierry Neuville and Nicolas Gilsoul took the team’s only Monte-Carlo podium in 2016 finishing third, just one place behind Andreas Mikkelsen and Anders Jæger-Amland whose second place represents the Norwegians’ best result at the event to date. Hyundai Motorsport’s latest crew needs no introduction to the rigours of Rallye Monte-Carlo: Sébastien Loeb and Daniel Elena will begin a new chapter in their illustrious WRC career at an event they have won seven times previously. 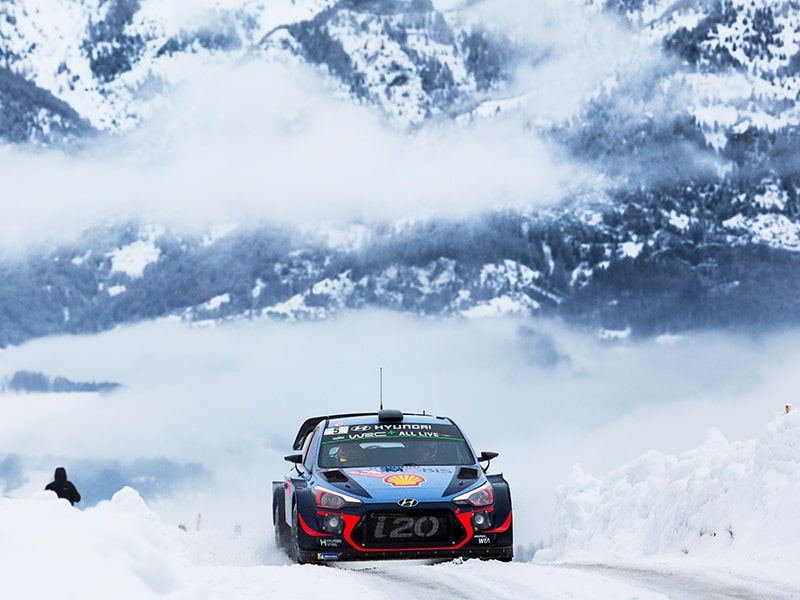 All three crews will have had the opportunity to test the Hyundai i20 Coupe WRC ahead of Monte, albeit with differing preparation time. Neuville and Mikkelsen got behind the wheel ahead of the WRC season launch in Birmingham at the beginning of January and this weekend, while Loeb will have a test on Sunday prior to recce. The team has sought to offset the reduced pre-event test time by conducting a thorough seat fitting for the nine-time world champion during a recent visit to its Alzenau factory.

The event begins on Thursday evening with a ceremonial start in Gap acting as a prelude to two night stages, each just over 20km in length. It will be a baptism of fire for all crews as battle commences for an all-new season.

Friday’s itinerary covers 125km of special stages on new routes, before the final two days return to more familiar settings. If crews can successfully negotiate the opening three days, the legendary Col de Turini awaits on the final morning. Huge crowds will gather at the summit to watch the WRC cars as the rally builds to its crescendo with a final Power Stage against the mountainous pass of Col de Braus. 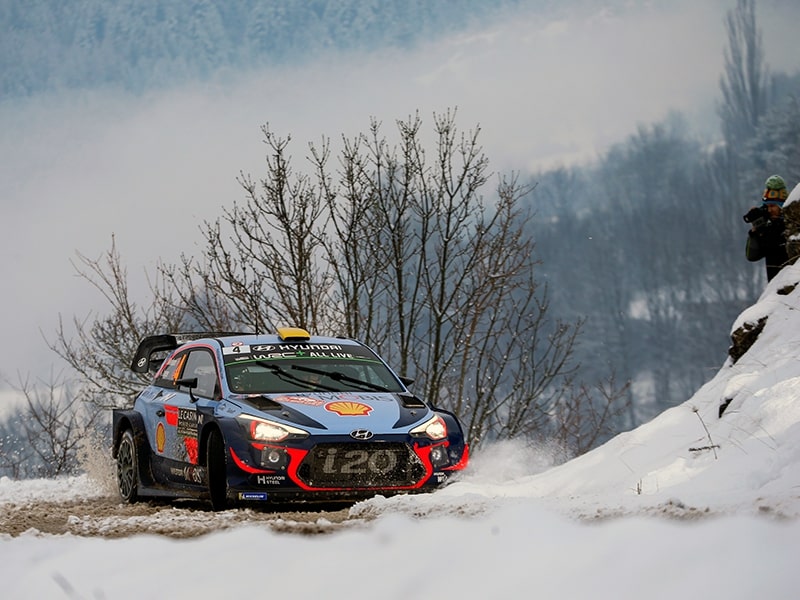 Neuville said: “We are revved up and determined to get the 2019 WRC season off to the best start possible. The tricky, demanding nature of Rallye Monte-Carlo is well documented. The combination of tarmac roads with unpredictable snow and ice conditions makes it a rally like no other. It is an event I enjoy. We’ve built up competitive pace in recent seasons, even if the results have not really been there. I expect – and hope – to fight for the podium, and I will even be looking to go for the victory if at all possible. There will be lots of strategies at play, especially with tyres, and we will need to be absolutely precise with our notes. We will give it our best shot and aim to get a good haul of points to start our 2019 championship campaign.” 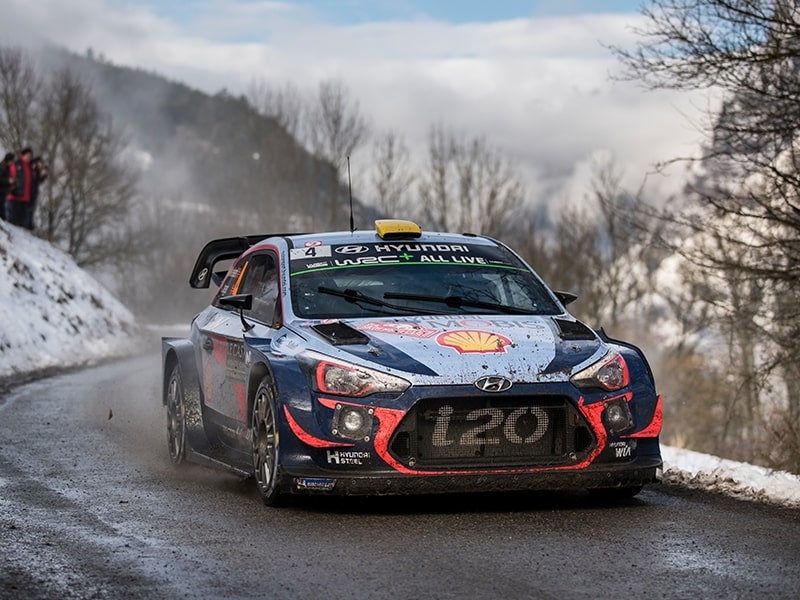 • Mikkelsen took third place in 2015 and second, with Jæger-Amland, in 2016
• Norwegian crew is targeting an improved season after a character-building 2018

Mikkelsen said: “Here we go again, starting a brand new championship with two of my favourite events in a row – Monte-Carlo and Sweden. Anders and I have worked hard over the winter to learn from our first full season as a Hyundai Motorsport crew, as we aim to build a consistent and strong assault for 2019. Monte-Carlo is always a special rally, and a very difficult one to begin the year. I have often been quick in this event, having taken two podiums. We were also competitive in 2018, despite the final result, scoring a stage win and Power Stage points. Hopefully, we can get a positive start to the new season against another strong field of WRC entries.”

Loeb said: “Rallye Monte-Carlo is one of our favourites. Daniel, my co-driver, is Monegasque, so it’s his home rally for him, while it is also something of a home event for me as all of the stages are in France. Conditions can affect the road a lot at Monte, whether it’s full tarmac, snow or ice. The most complicated thing is to find the right rhythm and not to fall into any traps: there is every possibility of finding ice plates as the temperature drops overnight. You always have to adapt to the changing and unpredictable conditions. I have always been quite good in these circumstances. This year will be a particularly special one with a new team and a new car. We won’t have had a lot of testing time ahead of the rally, and there are lots of tough, new stages for me, but I am very motivated.”

Team Director Andrea Adamo: “We begin a new season in a refreshed state of mind and looking ahead to what promises to be another exciting, competitive and adrenaline-fuelled championship. The recent season launch in Birmingham revealed the new line-up of WRC cars for 2019 and plenty of ambition from all teams and crews. Monte-Carlo is the perfect place for battle to commence. Our objective and desire is to be in the fight for the manufacturers’ and drivers’ titles this year. To do that we have to take each rally as it comes, making sure we get absolutely everything out of ourselves on each kilometre of every stage. There’s no room for complacency or error, so we have to be rigorous, we must be focused and we have to work together as a team to deliver for Hyundai at the highest level of world rallying.”

Rallye Monte-Carlo begins on Thursday, 24 January with a shakedown at Gap, run over a 3.35km route, before the ceremonial start in the centre. Two evening stages will follow, run in darkness with additional light pods affixed to the cars, the 20.76km La Breole-Selonnet and 20.59km Avançon-Notre Dame du Laus tests. It’s game on for the 2019 FIA World Rally Championship!