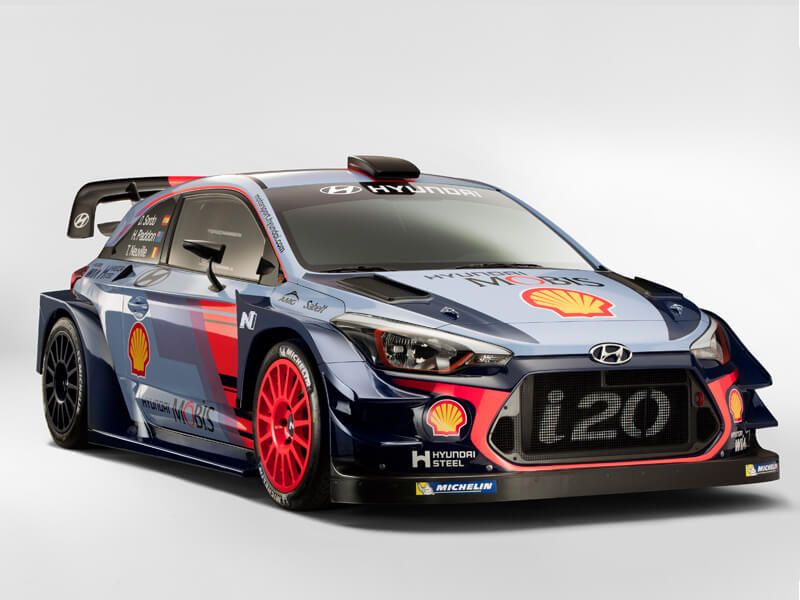 Hyundai Motorsport is ready to begin its fourth year of competition in the World Rally Championship (WRC) at the season-opening Rallye Monte-Carlo later this week.

The opening event of the 13-round 2017 season will see the debut of the team’s latest rally challenger, the Hyundai i20 Coupe WRC, which has been built to meet revised technical regulations introduced for this year’s competition.

Launched at a static media event in Monza last month, Hyundai Motorsport’s new car had already amassed over 6,000km in development tests. With regulation modifications aimed at enhancing the overall spectacle of the WRC even further, the 2017-specification cars look more aggressive than their predecessors. Changes have focussed on improving aerodynamic and mechanical grip, increasing engine power up to 280kW, reducing car weight, as well as the re-introduction of the active centre differential.

Hyundai Motorsport will field a three-car line-up in all rounds of the WRC this season, starting at Monte-Carlo, running under the unified Hyundai Shell Mobis World Rally Team name. Hayden Paddon/John Kennard, Thierry Neuville/Nicolas Gilsoul and Dani Sordo/Marc Martí will compete in cars 4, 5 and 6 respectively. The two highest-placed crews from each team will score points for the Manufacturers’ Championship in each event.

Following its most competitive WRC season to date in 2016, including two victories, Hyundai Motorsport is hoping to demonstrate its ability to fight for the WRC title in 2017. It promises to be an enthralling battle with Citroën, Ford and Toyota also looking to make their own mark on the Championship.

Ready for Round One

Monte-Carlo will offer the first competitive test for the Hyundai i20 Coupe WRC with a significantly modified route compared to last year. Many of Monte’s iconic locations, such as the Col de Turini, remain on the itinerary so it will lose none of its excitement or challenge.

With preparations for Monte Carlo beginning last November, the team carried out its most recent pre-event testing last week in the French Alps, with all three crews getting valuable time behind the wheel of the Hyundai i20 Coupe WRC.

Team Principal Michel Nandan said: “This year’s Monte-Carlo rally promises to be one of the most exciting and unpredictable. Revised regulations, new cars and renewed manufacturer programmes make the 2017 World Rally Championship one of the most highly anticipated ever. We are delighted to be part of it, and can’t wait to see our Hyundai i20 Coupe WRC out on the stages for the first time. We’ve brought together all of the experiences from our first three seasons in WRC and hope that we will be able to fight at the front with our new car. We’ve accumulated 6,000km of development testing at different locations within Europe since April last year, as well as recent tests specifically for Monte. But there’s no substitute for the real thing! We have important stability with our three crews, all of whom are looking to build on our most successful season. Monte will be a stern first test against tough opposition, but we are confident and will give it everything we’ve got.”

Paddon and co-driver John Kennard made their Monte debut in 2016 so they will be looking to put that experience to good use in their second participation this weekend. The Kiwi rally winner wants to feature more frequently at the front in 2017.

Paddon commented: “I am feeling in good shape and raring to go for the season ahead. I am cautiously optimistic about the potential of the Hyundai i20 Coupe WRC but we never really know where we stand until we’re out on the stages. Monte-Carlo is a baptism of fire for everyone, particularly with the new regulations, so it promises to be an exciting rally. However, it is also the most challenging event of the year so the focus for us is to finish and get more miles in the new car for the rest of the season.”

Neuville claimed a podium at Monte-Carlo twelve months ago, which heralded the start of a successful season for the Belgian. Alongside co-driver Gilsoul, he will want to continue his unbroken run of podium finishes that dates back to Rallye Deutschland last August.

Neuville said: “I am looking forward to starting the new season. My experiences in Monte Carlo have been mixed in the past, but I finished on the podium last season. Undoubtedly it’s a great event and a spectacular one for the fans. There is a lot of strategy to it, which makes it interesting as it means that everyone on the team is involved. With the increased power of the new car too, we are confident that we can challenge here!”

Monte-Carlo delivered a solid top-six result for our Spanish crew in 2016, including second place in the Power Stage. Having fought for second in the Championship last year, they will want to show their podium potential at this year’s season-opener.

Sordo said: “It has been good to be back behind the wheel of our Hyundai i20 Coupe WRC in pre-event testing last week. I cannot wait for the new season to start properly. There have been a lot of changes with the regulations so it will definitely be exciting to see how everything unfolds in this first round of 2017. I am personally happy with the approach we have taken with our new car. I know the team has worked incredibly hard so now we want to get onto the stages and do our best for a good start to the new season.” 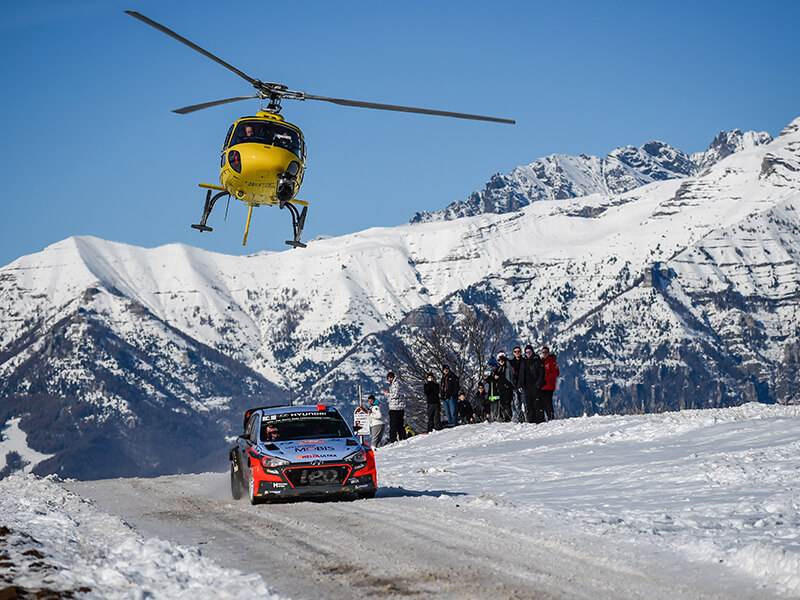 Rallye Monte-Carlo is the WRC’s oldest event and was first run over 100 years ago, in 1911. The 85th edition of Rallye Monte-Carlo will see the drivers covering 382.65km over 17 stages with changes to around 85% of the event’s route compared to 2016.

Renowned for its unpredictable and temperamental weather conditions, crews are often required to anticipate swift changes between snow, ice and dry asphalt, sometimes even within the same stage.

Immediately following the rally’s ceremonial start in Casino Square, teams will be forced to tackle two special stages in the darkness of the French Alps before they can settle into their overnight stop at Gap just after midnight.

There will be little respite for the drivers come Friday, the leg which will see the largest amount of distance covered across the weekend – 160.40km. Saturday’s action will see two loops of two stages south-west of Gap, ahead of a repeat of the Bayons-Bréziers stage that they will have already run on the Thursday night. The rally will conclude on Sunday with two passes of the Luceran – Col St. Roch (5.50km) stage, the second of which serves as the final live televised Power Stage. In between these two will be a run of the classic La Bollène Vésubie – Peira Cava stage (21.36km) and its famous summit finish attracting huge audiences.